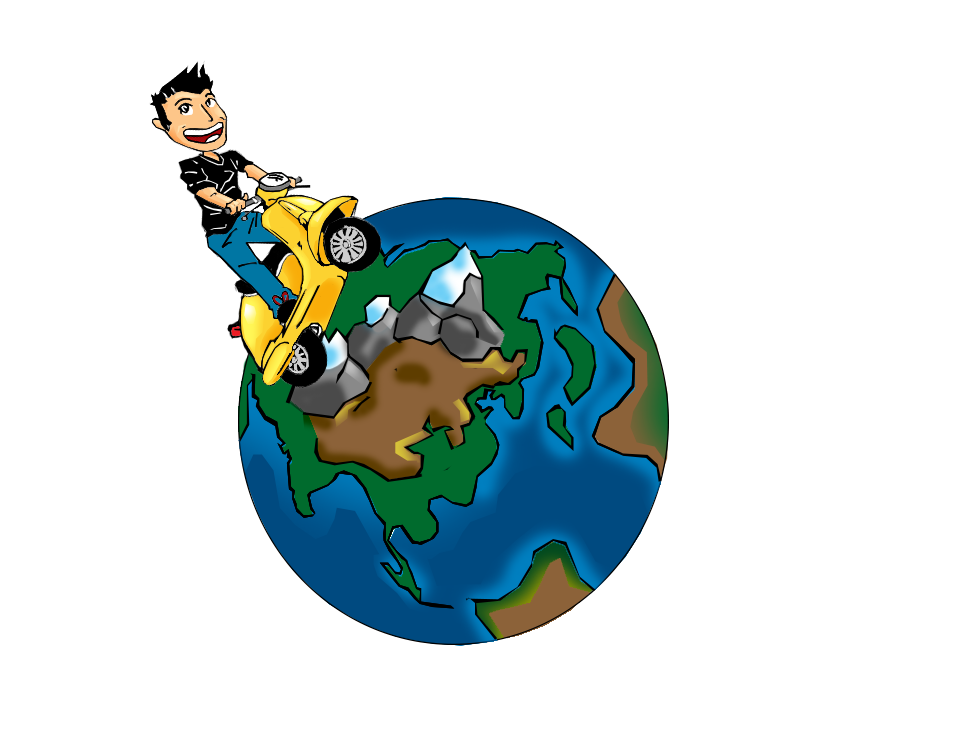 A Tracks engineer is that kind of technical we are used to see next to professional riders in the box
during racing weekends. His goal is to fix up every problems about bike and its setup, and put his
rider in condition to ride to the best of his skills.

It’s very exiting and lot of people would love to do that. Anyway there’s a particular track engineer
on the other part of the atlantic ocean :

he’s italian, 35 years old and worked with riders like
Jacub Smrz, Ruben Xaus, Brett McCormick. He got some very good results with them. But he’s
absolutely a dreamer, and he’s close to give his work up.

He has been an amateur rider when he was young, but couldn’t become a professional one. When
he realized that, decided he would have become a track engineer and went to University just for
that. But once he got it, he started to think about the other dream.

In fact he did a trip 10 years ago that changed his life: after finishing exams and waiting to discuss
thesis, he decided to have a “sabbatical summer” wandering through Spain looking for adventures.

The ferry Genoa Barcelona was perfect to reach it, but at the last moment he thought it would be
convenient to have a means of indipendent transport, which had to be practical economical and
dismissable in case of necessity: he bought a Vespa Special 50 completely dilapidated, just painted
it in “Cromo yellow” ,changed the spark plug and left.

After the exploration of Barcelona he wanted to visit Valencia, but the ferries were uncomfortable
and expensive: therefore decided to travel those 450 km on the road riding his offhand vehicle.

That little trip was the beginning of a love affair that continues today. He had never travelled that
way, especially on two wheels; he stopped being motorcyclist and became a traveler.

Once in Valencia he did not want to stop. Now dependent on those feelings he went straight south,
without destination or purpose that weren’t the same traveling and he did not stop until he had road
under the wheels. It was finally the Atlantic to bar his way: on the beach of Tarifa, the southernmost
town of the European continent, he promised himself that one day even the oceans wouldn’t stop
him and he would have been all over the world to the edge of a Vespa.

For 10 years he has grown this big dream : to turn around the whole word riding a seventies Vespa .
But he’s never been in condition to leave : he first had to achieve the older dream about becoming a
Track Engineer.

He’s in the middle of his career right now and his target is to win a world title, but he’s not young
anymore and starts to desire to have a kid…so he understood that he should leave this year for the
trip otherwise he could be in condition never again.

This guy is called Luca Capocchiano, and he’s almost ready to leave.

He’ll pass thought countries everyone dream to see at least once in their life : the mysterious India,
the majestic Nepal and Tibet, the fascinating Southeast Asia and the overwhelming South America,
the wild Africa and so on.

Luca is a lonely traveller since always, and again he will travel alone: he says this’s the only way to
be absolutely free and enjoy a trip like that.

His only fears are related to the bureaucratic problems that is sure to meet the in borders of some
countries. Traveling with a vehicle owned is in fact much more complicated than being a simple
person on the go. Many documents, visas, permits are needed and he’s dealing with this in these
days.

The choice of a seventies Vespa affects both romantic and rational aspects.
He was on the edge of a Vespa when he thought at this trip for the first time and in his head the
choice of the veichle has always been made

However when the dream became a project and he started to plan details he valuated other vehicles,
always on two wheels, but more modern. He did an objective analysis of the and benefits and
potential problems for each vehicle considered. In particular, Vespa has two essential qualities:
mechanical reliability and easy maintenance. As to the first, is the saying of Henry Ford about
motor vehicles: “The less there are, the fewer things can break.” Pure distillation of Truth, and the
Vespa it seems the practical realization. Regarding the second, he think to be able to fix on his own
any failure could happen just keeping with him equipment and spare parts for a very small size.

Regarding the engine, only the broken gear or bearing could stop him. Finally, a Vespa always
arouses sympathy from the people, and this is an aspect that could prove to be very important
Modifications to the Vespa will be few and simple: more preloaded suspensions and an additional
tank. His luggage will be simple and easy like his vehicle:just a handheld PC, an action camera and
a regular cell phone: no satellite one or navigator. Then clothing, medicines and some books. That’s
it.

Luca can’t wait to leave : he’s sure he’ll be back stronger and much richer….
It’s not he first lonely trip he did in his life, this his just the most ambitious. From the former ones
he’s always back richer :about awareness, knowledge, open-mindedness, culture.
So he expect to be back from this one filthy rich…..